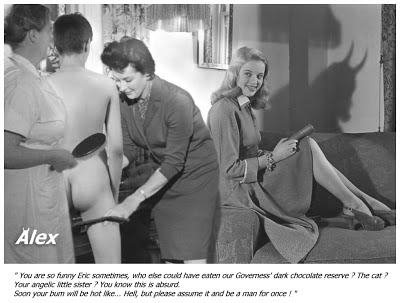 Beware : maybe you will gaze at this Devilish picture for hours, I used some of my magical tricks.

For those who want it without text :

Don't say you haven't been warned !

I've made a little bonus for the private list of donators. Kind of retro 80s. Being spanked on the bare is infamous when you care so much for your modesty... but it is meant to be : this Lady will remember it forever and may not come back in such shameful position again ! : / You know you can't do these things halfway... These clever parents know how to do to make it her only spanking in her life ! 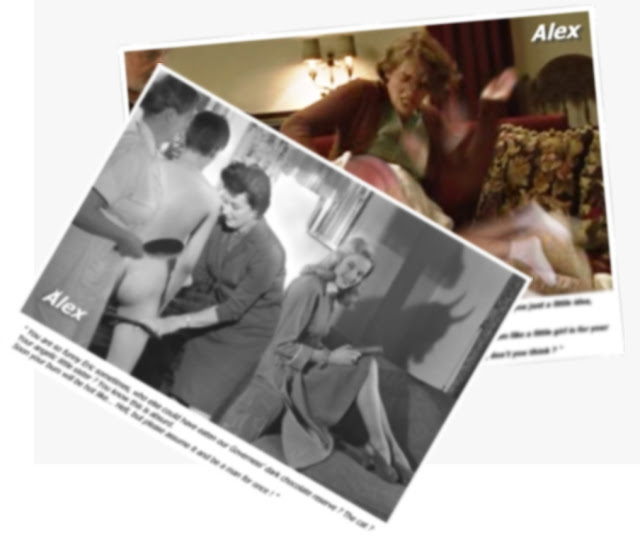 What next update will be about ?
Absolutely no idea. Exciting eh?
Posted by Alex at 2:34 AM 61 comments: 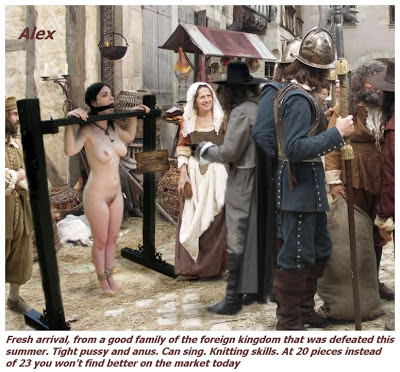 This is actually a picture I've made years ago, and until now I thought it didn't fit with the "pink" tone of these pages, but now I think it does. Yes, sometimes it's that simple : )
You don't even need much imagination with the Medieval era, you just make artworks of what was happening at that time. If cameras were existing then (I know, silly idea), we would have TONS of pervy scenes, from things happening daily that were considered normal at that time.

I've made this bonus pic below for the list of donators, this time it's one of the princesses of the Kingdom defeated who is in trouble. The official is just about to let the excited stallion do what he is craving for. But the good side also is : it's the end of her constipation problems for weeks. " Always Look on the Bright Side of Life " as the Monty Python sang.  Why the need to humiliate her in public? It's a very rational choice from the King, the Realpolitik lesson is explained under the pic. 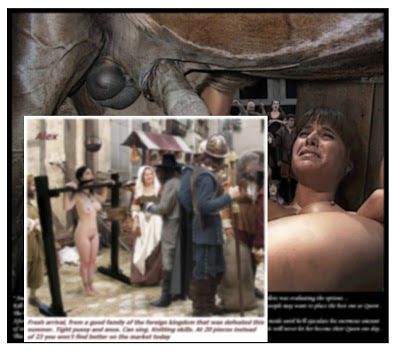 Of course, I have NO hate against women, it's just FANTASY.
And no animals were harmed in the making of this picture either : )

Let me know if you want to see more of this genre in a few days, or if you prefer when I stick with our usual stuff...
Posted by Alex at 8:50 PM 8 comments: 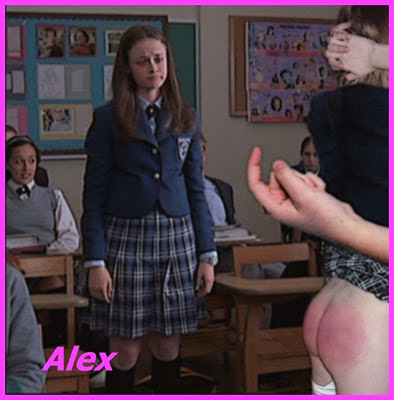 The only time they had ever cheated on an essay...

The girl in tears may look very young, but you'll be surprised to know she was actually more than twenty years old when this episode was made, I've checked. In movies and TV series, the teenage characters are often played by much older actors. When I was a child, I was in shock and quite disappointed when I learned my Goonies idols were adults!

But as Cyndi Lauper sang in the soundtrack it was "Good enough for meeee yeah yeah yeah..." : ) Sorry, the digression ends here.

Why did I do this picture? I don't know for you, but I wasn't a big cheater during my first years at school. When I was caught it was possibly the first time ever I had cheated. I wasn't spanked or anything physical, but the teacher clearly took pleasure to humiliate me in public, when clearly the shame to have been caught was enough. I was on the verge of tears and I thought it was very unfair. It wasn't than much better than a spanking really, but he could get away with it pretending to be fair.


Now this is what I like in spanking, and making these spanking pictures: it's honest, visible, it happens concretly and it is something you can easily name and get revenge for. How many times at school, at a family gathering, in the workplace, you get exposed to petty things, hypocrisy, bad little tricks... There are so many things you can't put words on, you just know you have endured the violence of your environment somehow. It's a bit of a therapy for me to make these pictures : ) , because it reflects a hidden reality that doesn't come to the surface so often...
Does it make sense?
I've made the extra picture below for the list of donators only, check your mailbox. I enjoyed creating this autumnal and rural environment : ) Hope you'll appreciate this pretty round bum turning pink too. This one is called "Dad teaching the burning price of rebellion". It is probably painful and shameful, but I think there is an element of comforting security in it. 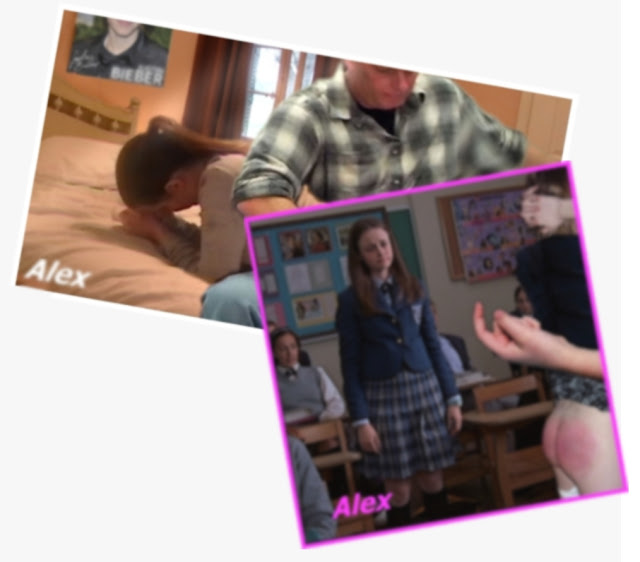 Next update? Medieval I think. Women in trouble again.
Posted by Alex at 6:04 PM 17 comments: